How We Became Us

Experience the creation of a nation’s story at the Smithsonian’s National Museum of American History. 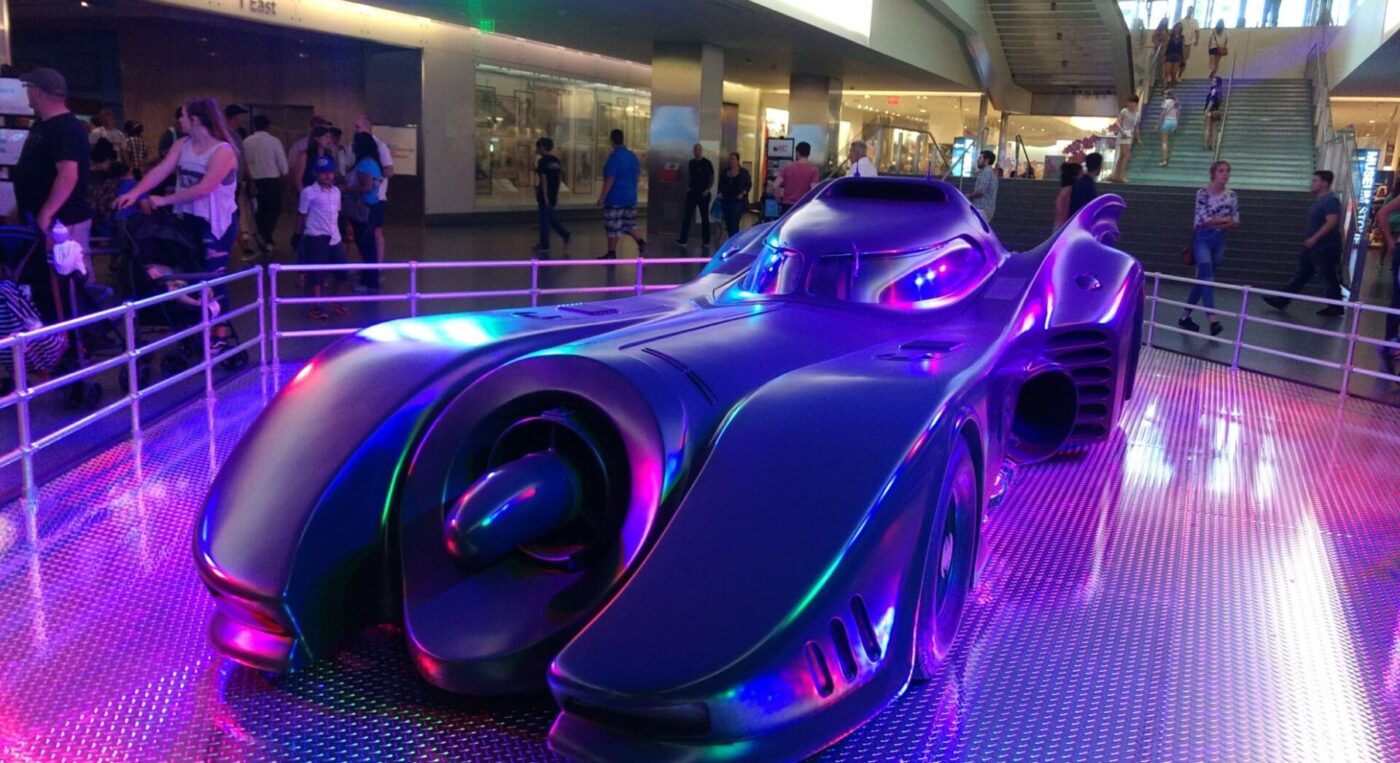 The Batmobile from the Tim Burton-directed superhero film, “Batman,” on display at the National Museum of American History. Photograph by Deepanjali Kakati

History may seem like nothing more than facts frozen in the past. But a visit to the Smithsonian’s National Museum of American History in Washington, D.C., proves otherwise.

From priceless, centuries-old artifacts to groundbreaking scientific breakthroughs, and iconic items from American popular culture to world-shifting artistic innovations, the museum presents American history not as an old tale, but as an always-new story—vivid, alive and evolving.

Melinda Machado, director of the Office of Communications and Marketing, has been working at the museum for two decades and knows that story well. Excerpts from an interview with her about the museum’s stunning collection and inspiring mission, and why it’s a must-see for any visitor from India.

Could you tell us a bit about the museum?

The Smithsonian Institution is the world’s largest collection of museums and research centers, and includes the National Zoo. The National Museum of American History is one of the Smithsonian’s 19 museums. It is located in the heart of the monuments and museums of Washington, D.C. “Real stories, real stuff” is what you will find here—our mission is to tell the complex and complicated story of American history.

At the museum, we explore the story of how “we” became “us.” The United States is made of the people who were here, people like African slaves who were brought here, and those who chose to come here. So, it is a complicated story. You can see how American democracy evolved and expanded along the way.

Do you remember the first time you visited the Smithsonian and the National Museum of American History?

When my family first came to visit the Smithsonian we were surprised, like many tourists, to find that there was not just one museum, but many to choose from. On that first visit, we actually did not go to the American History Museum because to us kids, it sounded like homework! Now that I work here, I can tell you it’s not like that at all. Yes, you will find exhibits about U.S. military history and American democracy, but when you come in on the first floor, the first large object you will see is a Batmobile. One way we help our visitors engage with history is to look at the story of America through popular culture.

What other sorts of exhibits are particularly exciting?

Invention and innovation are other ways we help interpret history. Did you know that hip-hop was invented in a neighborhood of New York known as the Bronx? In our “Places of Invention” exhibition, you can learn this story, and also do a hands-on activity to see how DJs [disc jockeys] learn their craft. In the Draper Spark!Lab, kids can go from idea to invention with all kinds of hands-on activities.

One of the favorite exhibits among visitors is “The First Ladies,” which includes gowns worn by Hillary Clinton, Michelle Obama and Melania Trump at their husbands’ presidential inaugurations. Visitors also love “The American Presidency” exhibit, which includes one of our national treasures—President Abraham Lincoln’s top hat, which he wore to the theater the night he was assassinated. We also display the original Star-Spangled Banner, which is the actual flag that inspired the words that became the American national anthem. And we have the ruby slippers that were worn by actress Judy Garland in the movie “The Wizard of Oz.”

How many objects are in the museum’s collection?

Not only do we have almost two million objects, we also have archival papers that would stretch from Boston to London if you lay them all out. These include unpublished music by American jazz great Duke Ellington.

How do you keep it all straight, and decide what to display?

When a curator brings in an object, we give the artifact a number and create a file with information about it, cataloging when it was collected and why. Staff members, such as curators, educators and designers, present ideas for exhibitions in the museum. We also look for major anniversaries that we should celebrate or commemorate. For example, this year is the 75th anniversary of D-Day, when the Allies were victorious in World War II. So we have a small exhibition in our military history wing to mark that occasion. And we’re getting ready to open a small display about how people interact with their computing devices.

When new visitors come to the museum, what surprises them most?

That we don’t always tell stories of history in the chronological way you learn them in school. For example, in “The American Presidency” exhibition, there is a timeline that shows all the presidents from George Washington to Donald Trump. But the exhibit is organized by the roles an American president takes on at the same time—the president is the leader of a political party, the commander in chief of the military, the top diplomat and the primary resident of the White House. One of my favorite things in that exhibit are President Warren Harding’s silk pajamas!