A USAID-funded project is using artificial intelligence to help India overcome some of the biggest problems in eliminating tuberculosis. 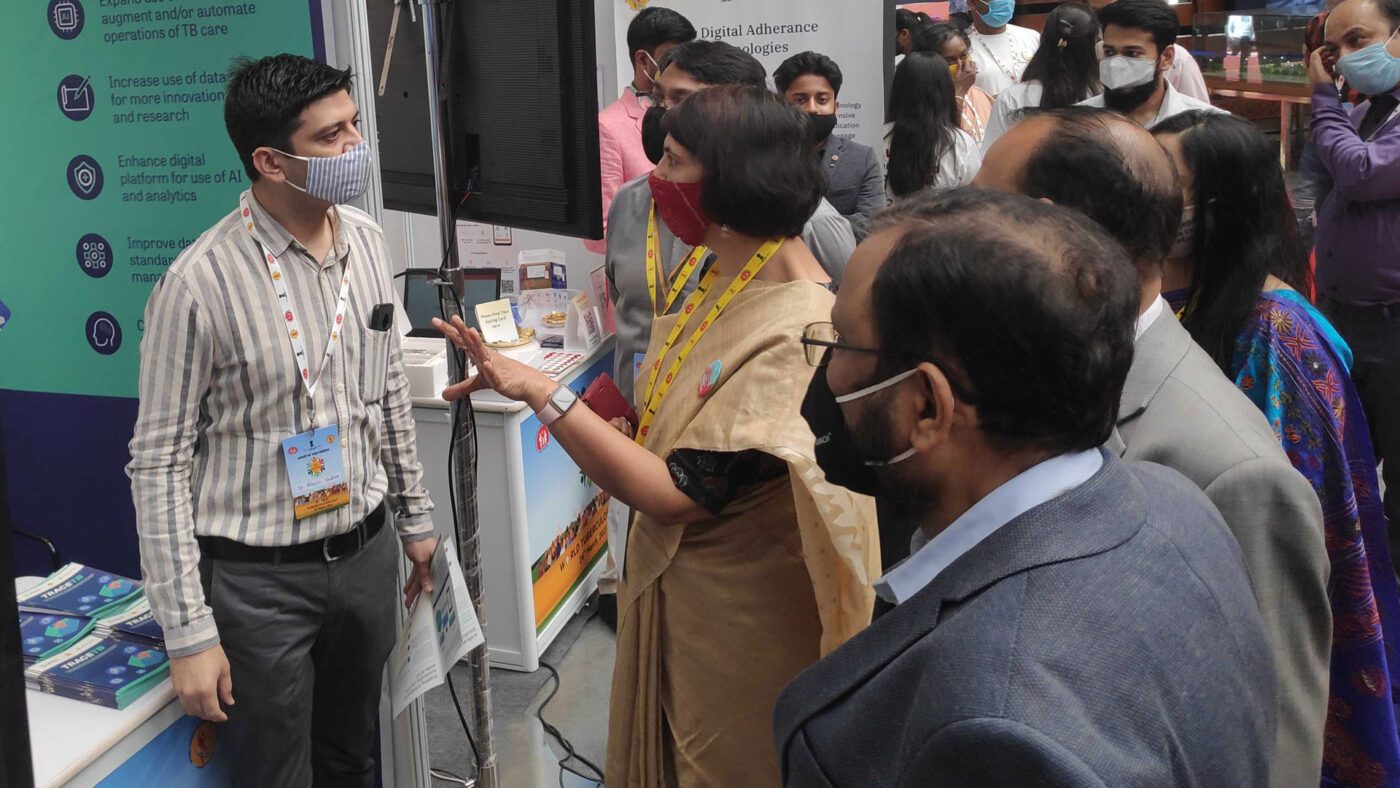 The TRACE-TB stall at a World Tuberculosis Day event organized by the Central TB Division of the Indian Ministry of Health and Family Welfare at New Delhi in March 2021. Photograph courtesy USAID

Tuberculosis (TB) continues to be a global public health threat. According to the World Health Organization’s Global Tuberculosis Report 2020, India has 26 percent of the world’s TB cases, the largest share of the global burden. It is estimated that TB claims over 436,000 lives each year, which places the disease among the top 10 causes of death in the country.

These deaths are particularly tragic because most cases can be cured, if correctly diagnosed and treated in a timely manner. Combating TB has been a long-standing goal for India and the government has set a target of eliminating TB in the country by 2025. A collaboration between the United States Agency for International Development (USAID) and the Wadhwani Institute for Artificial Intelligence is helping boost these efforts. The Wadhwani Institute is a Mumbai-based nonprofit organization developing artificial intelligence (AI) solutions for social good.

The USAID-funded project seeks to use AI to overcome two of the biggest problems in combating TB. These include automating the reading and interpretation of tests to determine what strain of TB a patient has, to help ensure the patient receives the correct treatment, and predicting which patients are at greater risk of stopping their daily TB medicine. Regular and timely medication is an important issue since treatment typically lasts from six months to two years, and when patients stop taking their medicine they can become sick with harder-to-treat drug-resistant strains of TB.

Dr. Amar N. Shah, who heads the USAID’s participation in the program, says these two innovations could help hasten the end of TB in India. “If you diagnose right and treat well, we can zero down the deaths,” he says. Called Transformative Research and Artificial Intelligence Capacity for Elimination of TB and Responding to Infectious Diseases (TRACE-TB), the $8.5 million, four-year collaboration was launched in June 2020.

The World Health Organization estimates that 2.64 million people in India are infected with TB annually. Increasingly, patients are given a line probe assay—a molecular test that can determine accurately what strain of TB is found in a patient’s sputum. Knowing the exact strain is crucial in prescribing the most effective medicine to treat the disease. The problem is that analyzing the test results is time-consuming. They come back in the form of lines on a narrow strip of paper and currently lab technicians spend about an hour interpreting the results on a sheet of 24 strips. An optical reader and computer AI program to evaluate the results will save thousands of work hours and, because the system will not get tired or make mistakes, it should be more accurate.

Harder to remedy is the issue of patients who stop taking their daily medicine, a problem known as loss to follow-up, which is not uncommon in treatments that last many months. The public health system is already working to improve compliance. Patients are often asked to call a toll-free telephone number daily to confirm they have taken their TB pills. For patients without cell phones, health workers try to visit them twice a month to encourage them to stick with the treatment. Predicting which patients are more likely to stop taking their medicines will allow public health workers to be proactive and not wait until patients have already fallen off their treatment. “We can detect early who is likely to default so we can help them,” says Dr. Shah.

But how is it possible to predict which patients will stop treatment? The AI system uses the information collected from the telephone confirmation program and the home visits to build up profiles of the traits or personal situations that tend to be associated with loss to follow-up.

The TRACE-TB program is nearing completion of a “Blueprint for AI solutions for TB elimination in India.” Dr. Shah says this major document will set guidelines on how to protect patient privacy while sharing medical data among health workers, as well as infrastructure requirements for both the loss to follow-up prevention and the automated analysis of the line probe assay TB tests.

Dr. Shah says the blueprint is expected to be published later this year and should have a big impact on the fight against TB. “Once we have this blueprint in place and are confident about using data sharing,” he says, “new AI solutions can be implemented quickly.”