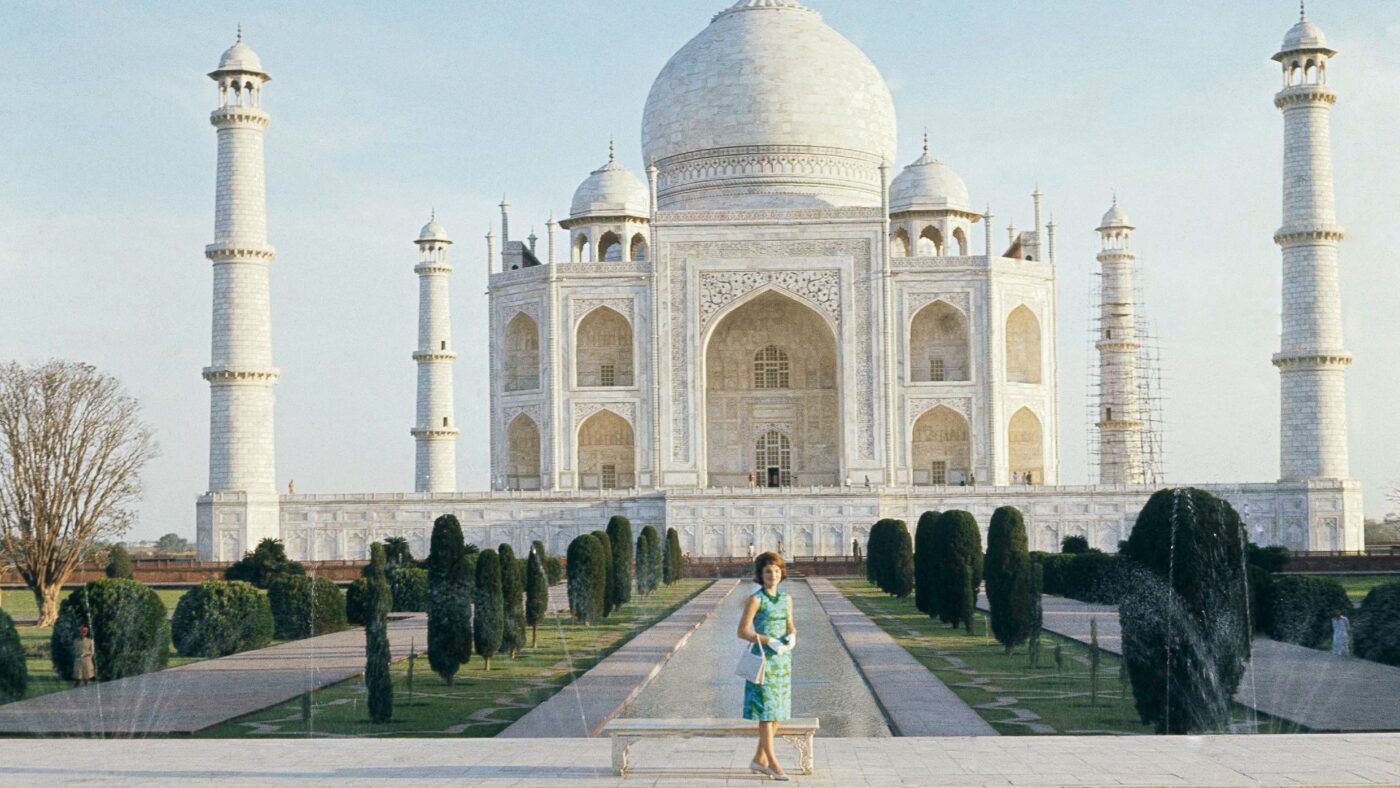 During her nine-day visit to India from March 12 to March 21, Mrs. John F. Kennedy, wife of the U.S. President, visited six cities in Northern India. In addition to a good deal of sightseeing, she also attempted to acquaint herself with some aspects of India’s multifaceted life.

Mrs. Kennedy saw several places of historical and cultural interest including the Taj Mahal—both by daylight and moonlight—the famous Moghul monuments in Fatehpur Sikri and the Amber Palace of Jaipur, reminiscent of ancient Rajput glory. She attended glittering receptions and formal dinners, had an elephant ride in Jaipur and boat trips on the Ganges at Banaras and the famous Pichola Lake at Udaipur. She admired the exquisite silks and brocades produced by Banaras weavers, and found time for some shopping in that city.

America’s First Lady also met a cross-section of the people ranging from children in hospitals and welfare centers to princes, ministers and top officials.

Originally published in May 1962