The strategic partnership between India and the United States can drive urgent progress in this critical decade for climate action. 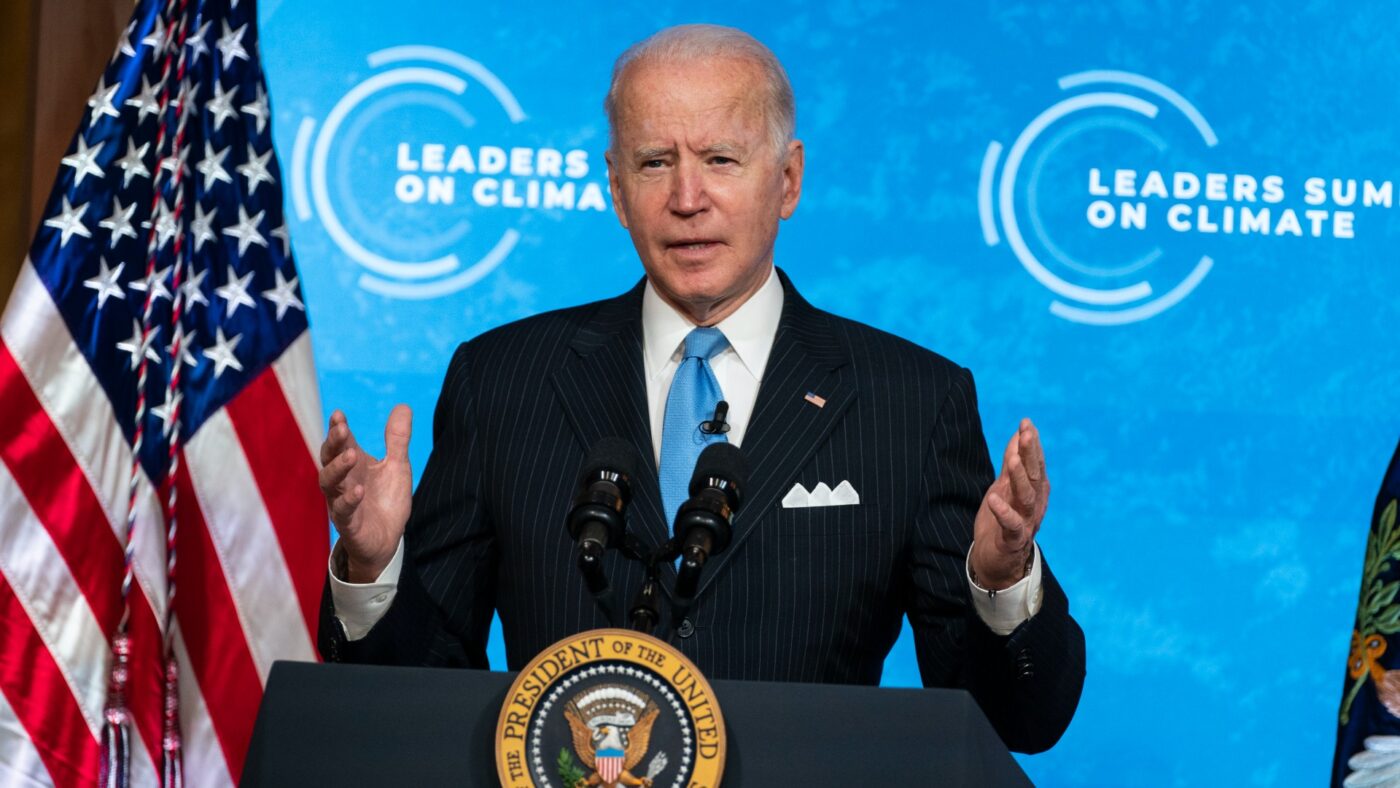 President Joe Biden’s climate actions recognize the urgency as well as the multi-dimensionality of the climate crisis, with detailed attention to divisive but central issues such as environmental justice and provision of jobs for displaced fossil fuel workers. The visionary actions can bend the steepening curve of planetary-scale warming, provided they are implemented both nationally and globally. For national implementation, the program spans tens of major government agencies. For enabling global implementation, it is launching a global climate ambition initiative, that includes several targeted international programs, including the establishment of a U.S.-India Climate and Clean Energy Agenda 2030 Partnership.

I am particularly delighted and relieved that the Biden climate plan emphasizes the year 2030 as a target date for many of its ambitious goals. Why is the year 2030 so ominous?

Along with two of my colleagues, I projected in 2018 that the ongoing warming has at least a 50 percent probability of exceeding 1.5 degrees Celsius by 2030. The 1.5 degrees Celsius warming is the threshold for dangerous warming. For whom is such warming dangerous? To all, especially the poorest of the world. Like COVID-19 has spread around the globe, climate disruption will move into all our living rooms post 2030.

About 50 percent or more of the emissions of the heat-trapping gases are caused by the wealthiest one billion people in the world, while the contribution of the poorest three billion to the emissions is only 5 percent. We all know instinctively the poorest three billion have limited capabilities to protect themselves from heat waves, droughts, floods, fires, failure of cropping systems and the spreading of vector-borne and waterborne diseases, all of which are worsening now and will become a lot worse when the warming exceeds 1.5 degrees Celsius in about nine years, give or take three years. In fact, most of them have no access to affordable fossil fuels, making climate disruption the biggest moral and ethical challenge of our times. But the pull of climate justice on climate disruption makes the present the perfect time to leapfrog and enable the three billion to access affordable clean energy with distributed nanogrids and microgrids powered by solar and renewable biomass fuels, among others. After all, many among the poorest leapfrogged to cell phones without going through landlines.

The last time I was so ecstatic about climate action was in 1987 when the international Montreal Protocol was enacted to phase out chlorofluorocarbons (CFCs) used as refrigerants. Twelve years earlier, in 1975, I had shown that CFCs were 10,000 times or more potent than carbon dioxide (CO2) in trapping the planet’s heat. The Montreal Protocol called for the elimination of CFC emissions, not for their climate warming effect but for their impact on the Antarctic ozone hole. Had CFCs not been phased out, it is likely the Earth would have crossed the dangerous threshold of 1.5 degrees Celsius warming already. A climate crisis was avoided accidentally, due to a lucky coincidence between ozone and climate effects of CFCs. But now there is no time to wait for such lucky coincidences.

Climate change, if left unchecked, will, in a few decades, become an insurmountable crisis for people and the ecosystem. Fossil fuels (coal, petroleum and natural gas) are the dominant sources of heat-trapping gases. Fossil fuels are also the dominant sources of air pollution (PM 2.5 particles and ground level ozone), which annually kills about 5 to 10 million people through cardiovascular diseases, stroke, chronic obstructive pulmonary disease (COPD) and lung cancer. Global health and welfare losses from air pollution in 2013 were valued at $5.1 trillion, about 7 percent of the global GDP. In India, air pollution-related mortalities are as high as 2.5 million premature deaths every year, with as many as 114,000 infant deaths. Lastly, air pollution significantly reduced crop yields, as much as 36 percent for wheat and more than 10 percent for rice. For India, as well as other South Asian nations, reducing air pollution must take equal priority to mitigating CO2 emissions. Fortunately, solving the air pollution problem has the co-benefit of solving a major portion of the climate change problem, since fossil fuels are the dominant causal sources of both problems.

Why then should India take a lead in solving the climate problem? Data on global warming clearly reveal that warmer air is also more humid. I have used satellite data to show each degree of warming increases humidity by 7 percent or more. It is this link between warming and humidity which makes climate change an oppressive experience in tropical countries like India, since it connects warming with new weather extremes such as humid heat waves and a three-fold increase in extreme monsoon rainfall episodes, with catastrophic impacts on life, agriculture and property. On the other hand, the dimming of sunlight by air pollution has slowed down the overall monsoon circulation which has led to noticeable reductions in yields of rice, wheat and other crops. Again, the combination of global warming and trapping of sunlight by black carbon soot is leading to melting of Himalayan glaciers accompanied by floods, with devastating impacts on mountain communities. The impacts on public health of such extremes are known to be massive, but a recent study by Dr. Jyoti Mishra, a neuroscientist at University of California San Diego reveals that impacts on mental health can be equally severe.

The solution to the climate crisis requires us to declare fossil fuels as outdated technology and switch to energy sources that do not emit heat-trapping gases and black carbon soot. Since emission anywhere is global warming everywhere, the solution to the climate crisis requires clean energy access everywhere and to everyone on the planet, rich or poor. It is exactly like the COVID-19 remedy, which requires vaccinating everyone.

As per the Biden Climate Plan, the United States will halve its 2005 CO2 emissions by the year 2030 and reach net carbon neutrality by 2050. The plan also brings in reductions of four other heat-trapping pollutants: methane; ozone in the lower atmosphere; black carbon soot and hydrofluorocarbons, which are called short-lived climate pollutants (SLCPs). It is an excellent strategy. The only reliable way to halve the rate of warming within the coming two decades is to cut the SLCPs. By integrating measures to reduce CO2 with those of SLCPs, the United States and India can forge a strategic partnership.

I conclude with my wish list for the U.S.-India Climate and Clean Energy Agenda 2030 partnership. The list below marries local with global needs, where the benefits accrue locally first, in India and the rest of South Asia.

1) Provide access to fossil fuel-free clean energy to the rural population of India to meet basic energy needs for cooking, heating and lighting. This will not only cut the emissions of heat-trapping pollutants, but also reduce air pollution overall in India by a third, including in highly polluted cities like Delhi.

2) Eliminate burning of agriculture waste and instead use the crop residues to produce renewable biomass fuels for energy and compost feedstock for healthy soils. This step will reduce emissions of SLCPs and reduce the oppressive air pollution over north and central India during November and December by almost half.

3) Phase out diesel fuels by 2030. A ton of black carbon soot from diesel has the same heat-trapping effect as 2000 tons of CO2. By implementing the above solutions on a national scale and promoting their implementation in the rest of South Asia, India can reduce premature deaths of over one million people including over 100,000 infant deaths; help reduce the melting rate of large portions of Himalayan glaciers by about 50 percent; reduce its contribution to global warming by an amount that is equivalent to mitigating 100 million to 1800 million tons of CO2 emissions; and increase production of wheat by about 35 percent and rice by more than 10 percent.

4) Accelerating soil’s natural ability to absorb atmospheric carbon dioxide from the air through better land management and through a novel process called enhanced weathering. These two measures can remove as much as 300 million tons of CO2 from the air over India and store it in the soil, thus increasing yields of crops like rice and wheat. Major demonstration projects are underway by a consortium of researchers at University of California and Cornell University led by Professor Benjamin Houlton.

5) Soon, India, and all nations, have to take on double duty which includes: a) adapting to the fast-paced warming and b) mitigating emissions of pollutants that cause air pollution and those that trap heat. The double duty can and will be accomplished, since it threatens our survival, but a massive climate education program to educate high school and college students is also vital. We, at the University of California, have developed such an education protocol which can be adapted for Indian students.

India is one of the few countries in the world which has a Ministry for New and Renewable Energy. This unique ministry, if it can coordinate with the ministry that oversees air pollution regulation, the United Nations’ Climate and Clean Air Coalition, the U.S.-India Climate and Clean Energy Agenda 2030 partnership, and enter into a public-private partnership with major Indian foundations, can position India as one of the global leaders for averting this existential threat to all of humanity.

Veerabhadran Ramanathan is the Edward Frieman Presidential Professor of Climate Sustainability at University of California San Diego. His recent books include “Bending the Curve: Climate Change Solutions” and “Health of People, Health of Planet and Our Responsibility.”