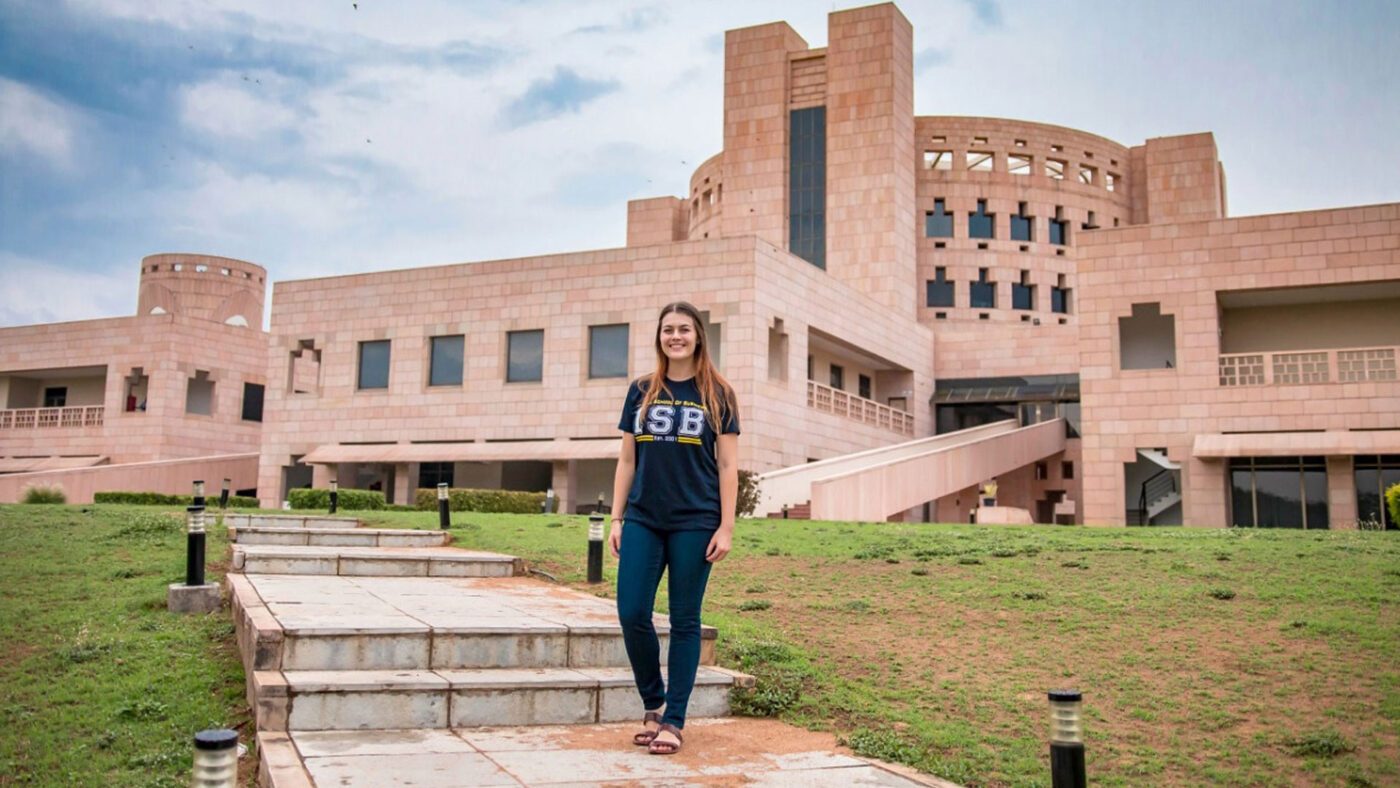 For her Fulbright-Nehru Fellowship in 2018-19, Lauren Week applied as an at-large candidate but was primarily based at the Indian School of Business in Hyderabad. Photograph courtesy Lauren Week

It was a statistic—that more women than men drop out of the workforce—which set Lauren Week on her Fulbright-Nehru journey to India. Always interested in concepts of mentorship and how it could create empowered professional organizations where both men and women can flourish, she applied for a Fulbright-Nehru fellowship to explore this further. During her project, Week researched the impact of female mentorship and its influence on India’s workforce gender paradigm, as a Fulbright-Nehru student researcher at the Indian School of Business in Hyderabad.

After graduating from the University of California, Berkeley, Week worked in nearby Silicon Valley, where she mentored ninth-grade students at local public high schools. “I worked with them for almost five years and that’s kind of what got me interested in mentorship specifically,” she says. Week later moved to New York City where she continued to mentor students while also working at D. E. Shaw, a multinational investment management firm with offices in India.

For her fellowship in 2018-19, Week applied as an at-large candidate but was primarily based in Hyderabad. Her research, mostly qualitative and sociological in nature, saw her traveling to 17 states during the year she spent in India. “I interviewed almost 100 entrepreneurs,” she says. “Originally, I wanted to interview girls who were participating in different entrepreneurship programs in various parts of the country.” But permission to interview people below the age of 18 can often be tricky. So, she changed her focus to young adult entrepreneurs. “I was mostly going to college campuses,” she says. “I went to Kolkata as well as different business schools in Gujarat and New Delhi.”  She found various sources from Startup India, a flagship initiative of the Government of India to encourage entrepreneurship in India.  “I interviewed the entrepreneurs in those programs through survey questions about their experiences with entrepreneurship and mentorship and got a lot of insights,” she says.

Week’s intensive research showed that mentorship programs need to be solidified in writing. “I think a lot of folks take an informal approach to mentorship but that’s not really the same as commitment,” she says. “Mentorship relationships should be formalized; from the beginning, expectations should be set.” For women entrepreneurs, Week has some specific recommendations. “Women want mentorship programs,” she says. “But some of the women entrepreneurs I spoke to do not want specific programs aimed at women alone. They want to be treated the same as men and want to be a part of general programs aimed at them both.” They saw this as a way to reduce the gender gap.

An important aspect of Week’s work is her desire to establish long-term mentorship programs. “I know that big corporations are required to give a certain percentage to social welfare initiatives every year,” she says. “Using those resources to build and support long-term mentorship specifically for younger entrepreneurs and for those outside the top tier colleges could be very useful.”  In addition, “enabling established corporations to start them would also mean an access to institutional knowledge and structure to make those long-term programs feasible,” she says.

Week is now in a dual program pursuing her Juris Doctor degree from The University of Michigan Law School as well as a Master of Urban and Regional Planning from the University of Michigan’s Taubman College of Architecture and Urban Planning. “Even though I’m no longer in India physically, India still is a really big part of my life,” she says. Week is taking coursework specific to South Asia and Hindi language studies as well; all of which will come in handy as she plans her book based on her research findings during the Fulbright-Nehru fellowship.