Isaac Kehimkar, known as India’s Butterfly Man, talks about his work and his takeaways from studying American NGO’s as part of his 2006 Fulbright Fellowship. 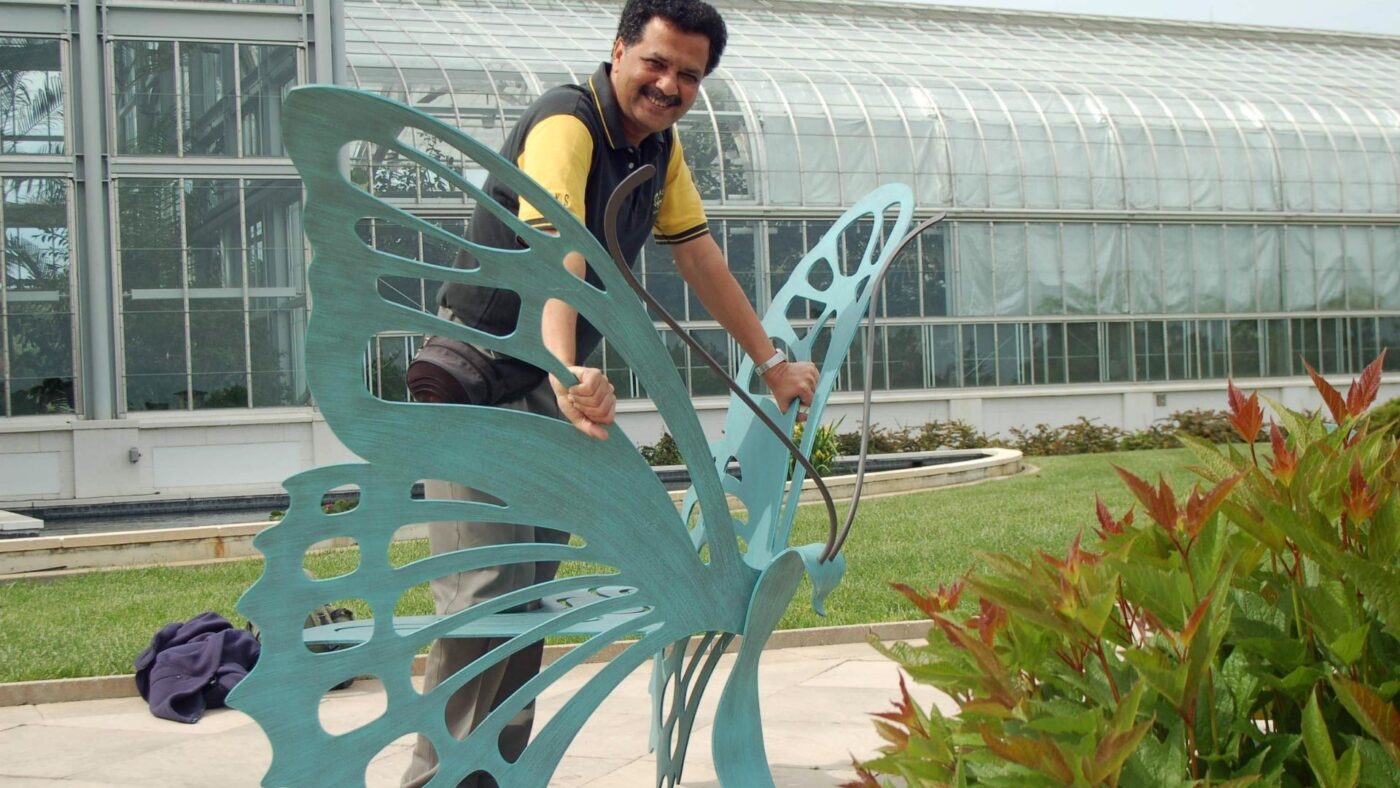 Isaac Kehimkar at TreePeople, an environmental nonprofit organization in California, with which he spent most of his time during the Fulbright Fellowship. Photograph courtesy Isaac Kehimkar

Isaac Kehimkar, known as India’s Butterfly Man, is a tireless environmental conservation advocate, who draws on natural beauty to make his case. “Butterflies never fail to fascinate us with their colors, graceful flight and fragility,” he says. “They are the best [way] to attract attention toward nature appreciation.”

Kehimkar’s love of nature was instilled at a very young age. When he was a child growing up in Mumbai, his parents encouraged him to keep pets and read animal picture books. They gave him a camera when he was in eighth grade. “This hobby of photographing nature got me hooked!” he says.

Kehimkar graduated from the University of Mumbai in political science and psychology. “However, my affinity toward nature remained strong as ever,” he says. He then got the opportunity to volunteer for the Bombay Natural History Society (BNHS) and, later, to work there as a library assistant.

For Kehimkar, the library was a paradise. He was especially pleased to meet Salim Ali, known as the “Birdman of India,” at the library. When Kehimkar approached Ali, ostensibly to compliment his handwriting, what Ali told him became the guideline of his life.

“He said that he had worked hard to acquire that style in his handwriting and advised me [to] always let the world see the best side of [my] work,” says Kehimkar. “And that some opportunities come just once, and people should give their best to them.”

Kehimkar got his life-changing opportunity when Bittu Sahgal, the editor of the then-new Sanctuary Asia magazine, offered him a chance to write an article on butterflies.

“Then began my chase after these winged jewels,” says Kehimkar. He began traveling to remote parts of India in search of them. “And then I really saw how beautiful and diverse India is. I realized that just one lifetime is not enough to see and know it.”

After the article was published, WWF-India asked him to co-author a beginner’s book on the butterflies of India, which became a bestseller.

“And then, BNHS asked me to write a bigger book on butterflies,” he says. The book broke all BNHS sales records, ensuring Kehimkar’s place as India’s Butterfly Man.

In 2006, Kehimkar traveled to the United States as a Fulbright Fellow to study how American nongovernmental organizations (NGO’s) work to protect the environment and make people more environmentally aware. He describes it as an eye-opening experience, in which he got to learn about team management, fundraising and media relations.

“This was possible only because of the assistance the Fulbright Fellowship provided me,” says Kehimkar. “And, I shall always remain greatly indebted for the valuable training I got during the fellowship.”

He brought the lessons he learned there back to India and shared them with other NGO’s, before founding his own, iNaturewatch Foundation, in 2014, with another Fulbright Fellow, Dr. V. Shubhalaxmi. The Mumbai-based organization focuses on urban biodiversity and citizen science, and conducts workshops, nature walks, camps and other courses. It also sets up butterfly gardens and habitats, which serve as popular tourist attractions.

Kehimkar notes that India is home to about 1,500 species of butterflies. “Butterfly gardens are meant to bring people closer to nature,” he says. “Once they fall in love with nature, then they will protect it. And that is the need of the hour.”

Kehimkar is thankful that younger generations have displayed a renewed interest in studying and preserving nature. For its part, iNaturewatch has set up corporate-sponsored open-air butterfly gardens at schools and colleges, which serve as living laboratories for students.

Butterflies can indicate whether an environment is healthy, detect climate change patterns and pollinate crops. “That makes them the best ambassadors of the natural world,” says Kehimkar, “and symbols of freedom, love, tranquility and beauty.”