The U.S. supports a free and open Indo-Pacific and works to improve prosperity, fight climate change and support democracy in the region. 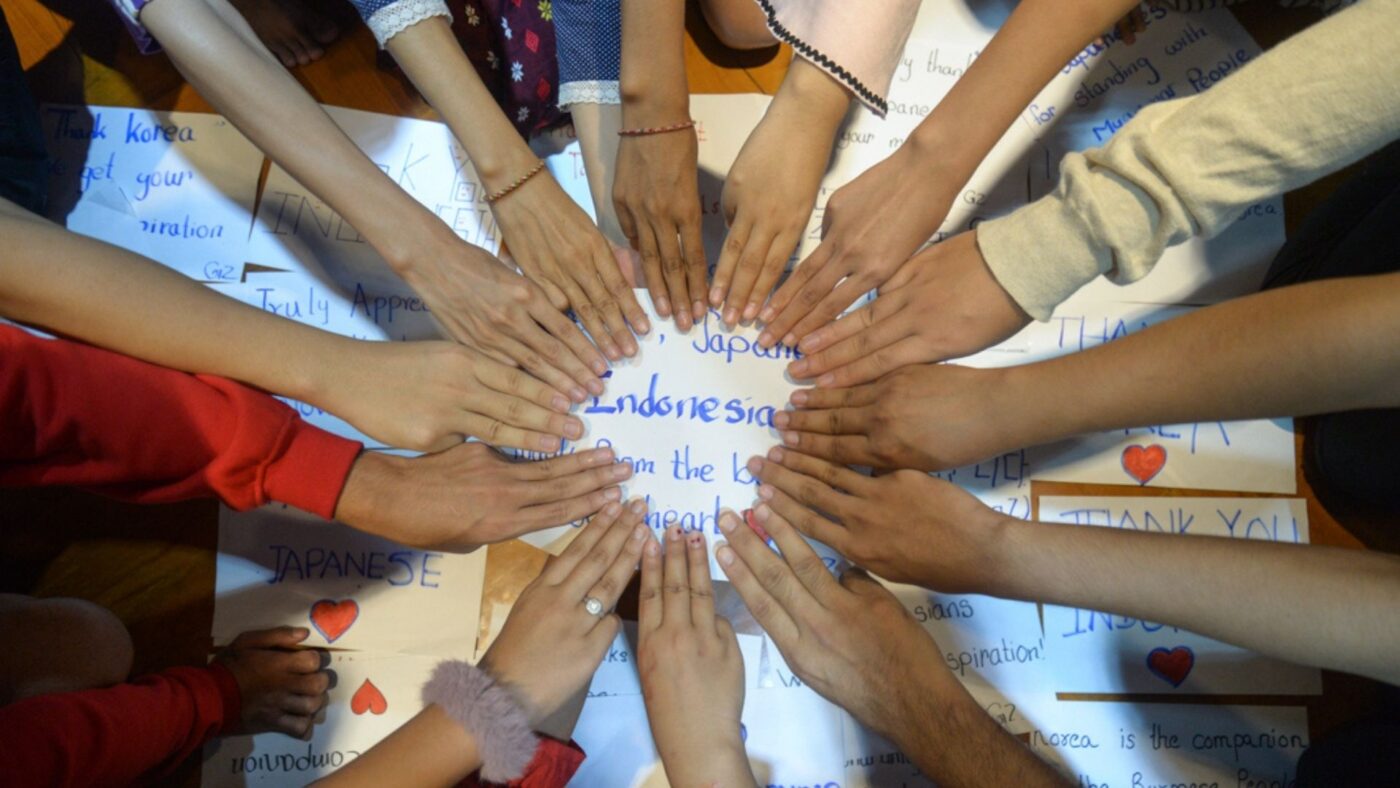 The United States supports a free and open Indo-Pacific region—a region in which nations and people can determine their own futures.

In a December 14, 2021, speech in Jakarta, Secretary of State Antony Blinken outlined the U.S. vision of the Indo-Pacific region, where countries choose their paths and build partnerships based on fair rules that advance trade and security.

These principles also apply on an individual level. “When we say that we want a free and open Indo-Pacific, we mean that…people will be free in their daily lives and live in open societies,” Blinken said.

Investment and infrastructure
The U.S. private sector has invested about $1 trillion in Indo-Pacific nations. The Biden-Harris administration continues to support further investment, with an emphasis on delivering high-standard infrastructure.

In the most recent joint project, in December 2021, the United States, Australia and Japan announced plans to provide funding to support building an undersea cable system that will bring enhanced internet service and jobs to the Federated States of Micronesia, Kiribati and Nauru.

These efforts follow the United States’ June 2021 announcement of the Build Back Better World initiative to mobilize private-sector investment in transparent and sustainable infrastructure projects for low- and middle-income countries.

Health and environment
The United States and international partners are working to end the COVID-19 pandemic and avert climate disaster. The United States is providing 1.2 billion COVID-19 vaccine doses to over 110 countries and has already delivered over 144 million doses to Indo-Pacific countries.

Quad partners Australia, India, Japan and the United States are producing 1 billion COVID-19 vaccine doses in India for use across the Indo-Pacific and Indian Ocean regions.

A secure and prosperous future for the Indo-Pacific also depends on how partners combat the climate crisis in this critical decade for action. President Biden is advancing changes to reduce U.S. greenhouse gas emissions by 50 percent-52 percent in 2030.

The U.S. government also is working to ensure global efforts are in line with net-zero emissions by 2050, as required to limit the worst impacts of climate change. President Biden intends to quadruple U.S. financing for the global fight against climate change to $11.4 billion annually by 2024. He also intends to boost assistance to $3 billion annually by 2024 to help developing countries adapt to climate impacts.

The United States also supports the right to vote in free and fair elections. In coordination with other countries, the United States has pushed for a return toward democracy in Burma and imposed sanctions promoting accountability for those responsible for the February 1, 2021, military coup and attacks on people in Burma.

In late August 2021, the U.S. Coast Guard conducted joint activities at sea with the Philippine Coast Guard and Bureau of Fisheries and Aquatic Resources. This included search and rescue, communications and maneuvering, small boat operations and emergency response drills.

“The United States recognizes that much of our planet’s future will be written in the Indo-Pacific,” the State Department said in a December 2021 fact sheet. “Our enduring commitment to this region and our collaboration with our allies and partners will help us to achieve a free and open, interconnected, prosperous, resilient, and secure region for all.”