What rights do international students have? The right to free speech lets every student in the U.S. ask big questions in and out of the classroom. 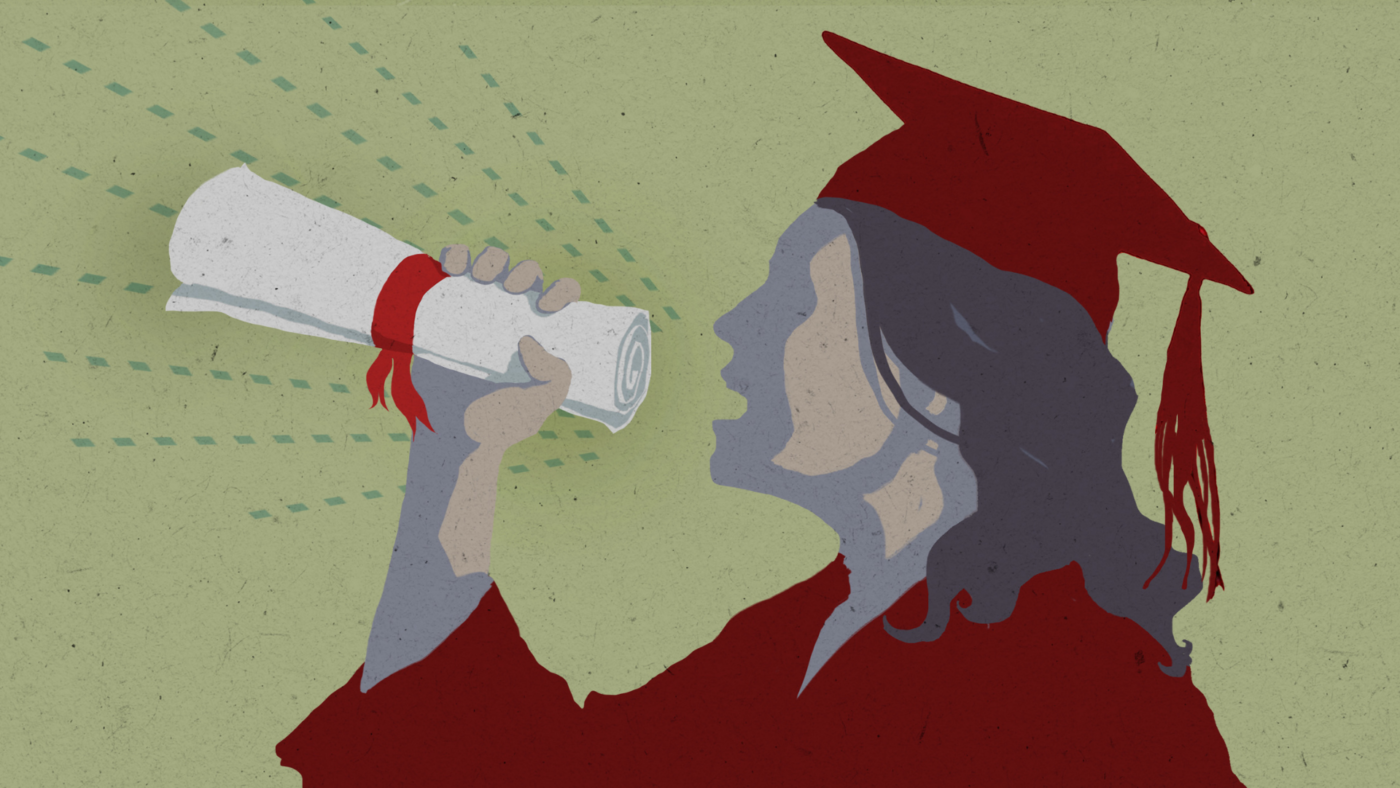 Students from all over the world who study at U.S. colleges are sometimes surprised that their professors, rather than only lecturing, encourage discussion and debate during class time.

In fact, international students studying at American schools are guaranteed academic freedom and protection under the First Amendment to the U.S. Constitution.

“I would love for students who are coming to the United States to know that they won’t be punished because of what they have to say,” says Sarah McLaughlin of FIRE, an academic-freedom advocacy group in Boston. McLaughlin says that when international students exercise free speech, it allows for a more fulfilling experience in and out of the classroom.

In the United States, students are encouraged to express themselves as long as they do not disrupt campus life, threaten violence, or infringe on the rights of others. Here are examples of international students exercising their freedoms at American colleges:

In 1989, some Chinese students studying at American universities condemned the Tiananmen Square massacre. The Chinese Communist Party threatened these students with punishment if they were to return home. In 1992, Congress passed the Chinese Student Protection Act to safeguard the students from retaliation by allowing them to seek asylum in the U.S.

Lebanese filmmaker Farah Shaer co-produced the movie “Heaven Without People” while pursuing a graduate degree at the University of California, Los Angeles. Depicting a family confronting difficult topics at a holiday meal, the film was censored in Lebanon. But it was  released at the Los Angeles Film Festival, where it was nominated for the Best World Film award.

Judith Pennywell, director of the University of Michigan’s International Center, gave students tips on ways they could participate in the 2018 U.S. congressional elections, even though they would not be voting, and encouraged them to get involved in campus politics.

Graduate students employed at the University of Illinois at Chicago credit international students for helping them win better working conditions.

Zukhra Kasimova, a history student from Uzbekistan, helped organize the effort. In an online post about her experience, Kasimova writes, “It was the first strike in our lives for the overwhelming majority of us, though perhaps not the last, because there are still many fights we must fight to counter inequality.”