Few foreign visitors to the United States have attracted greater public attention than Prime Minister Nehru who paid his fourth visit to that country in November 1961, accompanied by his daughter, Mrs. Indira Gandhi. 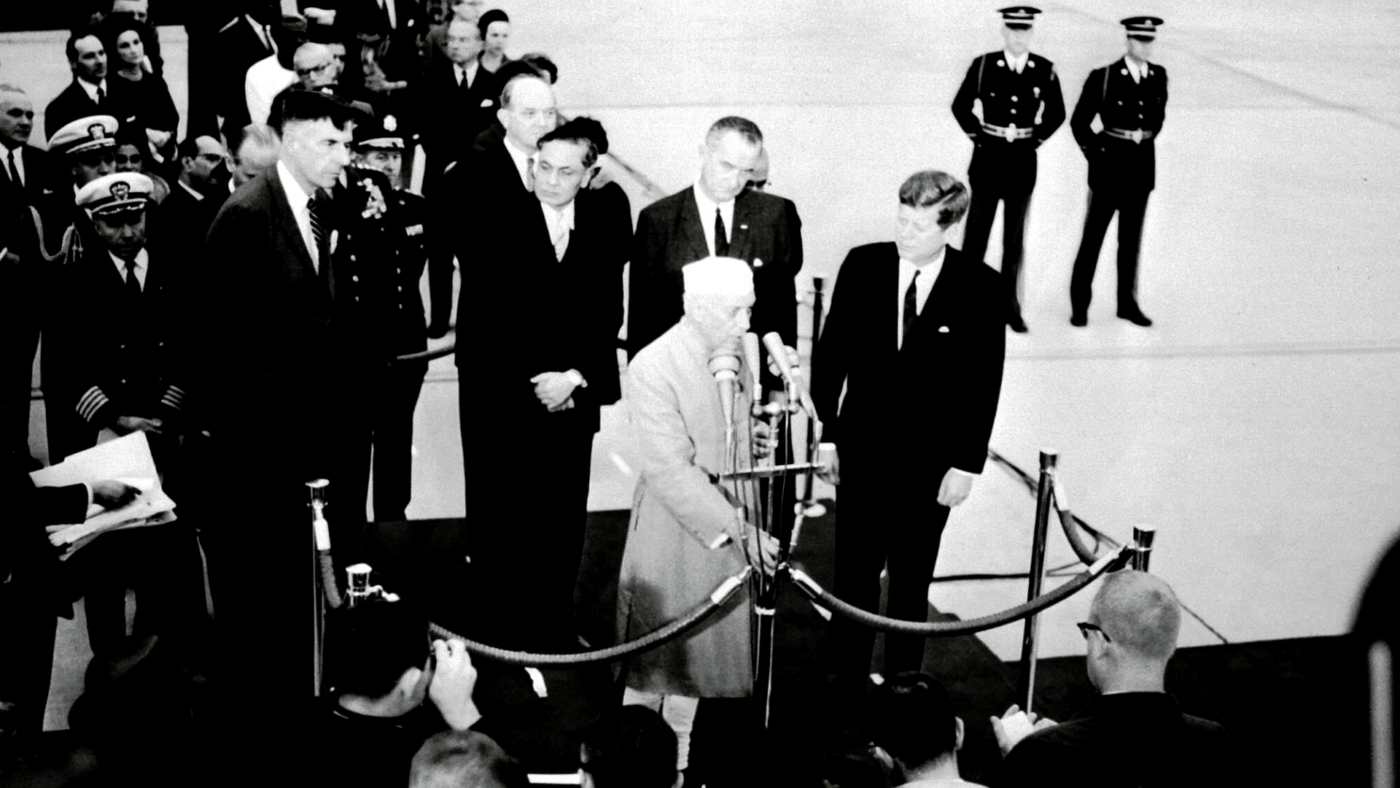 Few foreign visitors to the United States have attracted greater public attention than Prime Minister Nehru who paid his fourth visit to that country in November, accompanied by his daughter, Mrs. Indira Gandhi.

Apart from the thousands of Americans who greeted the distinguished statesman at the various public functions organized in his honor, millions saw his thoughtful face reflected from their television sets and heard his sincere and pleasant voice on both television and radio. During the 10 days he was in the country, Prime Minister Nehru’s photograph was the one the reader was most likely to come across in the 1,800 daily newspapers and the thousands of magazines and periodicals published in the United States.

The exchange of views on world topics between the Prime Minister and President Kennedy was, in the words of the joint communique, “highly useful in the pursuit of their common objectives of an enduring world peace and enhanced understanding between the Governments of India and the United States.” The meetings afforded a unique opportunity for the two world leaders to examine thoroughly their respective positions on vital problems of peace, nuclear tests and disarmament, and resulted in greater mutual confidence and respect. The President was voicing the general regard in which Americans hold Mr. Nehru when he said, “Your reputation has spread beyond your borders and has been an inspiration for people throughout the world.”

As guest of the National Press Club in Washington, Mr. Nehru met some 500 working journalists and answered their questions with much frankness and good humor. In New York he addressed the United Nations General Assembly and suggested the observance of a “world cooperation year.” He pointed out that while “little is said about the vast amount of international cooperation that exists, much is said about conflict.”

Mr. Nehru’s 72nd birth anniversary coincided with his visit to the United States, and it was fitting that, as part of the birthday celebrations, “Uncle Nehru” should have been greeted by an international group of children at Disneyland, the fabulous amusement park near Los Angeles designed by Walt Disney. One of his last engagements was at Los Angeles where he had planned to meet some 500 Indian university students at a birthday gathering. Instead, 3,500 enthusiastic American students also turned up to wish the Prime Minister a happy birthday and give him a warm send-off.