The Power of Paint 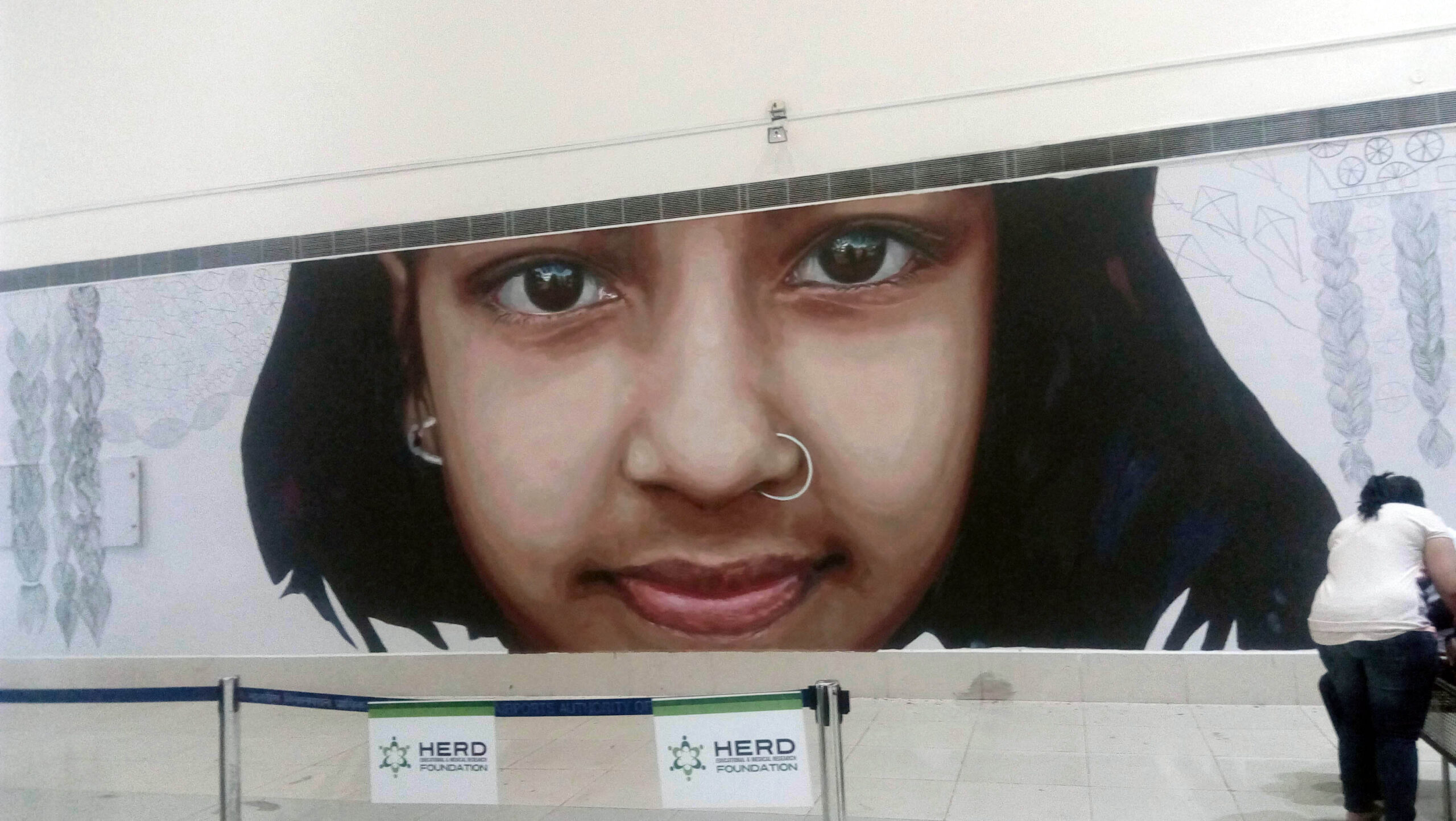 Created by American artist Augustina Droze, with the help of 46 volunteer artists from the local community, it is more than an interesting artwork. The mural reflects the theme of female empowerment against societal inequities, says Droze, especially in terms of young women’s access to education.

Droze created the mural as part of her Fulbright-Nehru Academic and Professional Excellence Award in 2016-17. She was thrilled to receive the award to travel to India to bring her Community Mural Empowerment Project to life, creating art while raising awareness about important issues like equality, class and gender.

“As an artist, my research was in the form of a series of art and community empowerment projects to address societal inequities for females in receiving education in India,” says Droze.

Her research led her to work with local communities and create socially meaningful art around the country. In Varanasi, for example, she describes painting eight large portraits of local girls, “adorning them with puja [worship] flowers to highlight their strength in the face of adversity. These paintings are now on permanent display at the Varanasi airport.”

Beyond these portraits and her Nagpur airport work, Droze created four additional large-scale public paintings. One particularly meaningful mural lives on a wall of an old house in Varanasi.

While walking near the city’s Assi Ghat, Droze told The Times of India in 2017, she met an illiterate young girl begging for money. After receiving permission from the girl’s parents, Droze took pictures and began dreaming of a mural with this girl, empowered and reimagined, as the centerpiece.

With the help of fine arts students from Banaras Hindu University, Droze created a sprawling painting that showed the girl “wearing a turban and crescent tilak, a reminder of legendary warrior and Queen of Jhansi, Rani Lakshmi Bai, whose birthplace was Varanasi,” said Droze in her Times of India interview. “She is also wielding a manuscript while being surrounded by a lotus and swans, believed to be vehicles of the goddess of learning, Saraswati.” The resulting work is as beautiful as it is symbolic, and Droze hopes that those who see it will realize the importance of education of girls.

During the Fulbright-Nehru Fellowship, Droze also taught Indian students about painting and drawing through a series of workshops.

Long before she planned to craft large-scale messages of social empowerment in India, Droze was drawn to painting murals for the artistic as well as the community-oriented potential of the format. “I like the idea that art should be for the people, not just in a gallery or museum,” she says. “Murals also have the ability to spread social messages and give voice to those not always heard.”

Droze is currently pursuing a doctorate degree based directly on the work she did in India. She plans to create similar mural projects in other countries, evaluate their social impact and, hopefully, continue her work in India, a country she describes being drawn back to, again and again.

“I completely fell in love with the children I worked with, especially the girls at a local school,” says Droze. “Their stories and resilience were inspirational. I felt my heart tear in two when I left them. I look forward to seeing them again someday.”