Learn about the history, art, creativity and technology of American music at the Grammy Museum in Los Angeles. 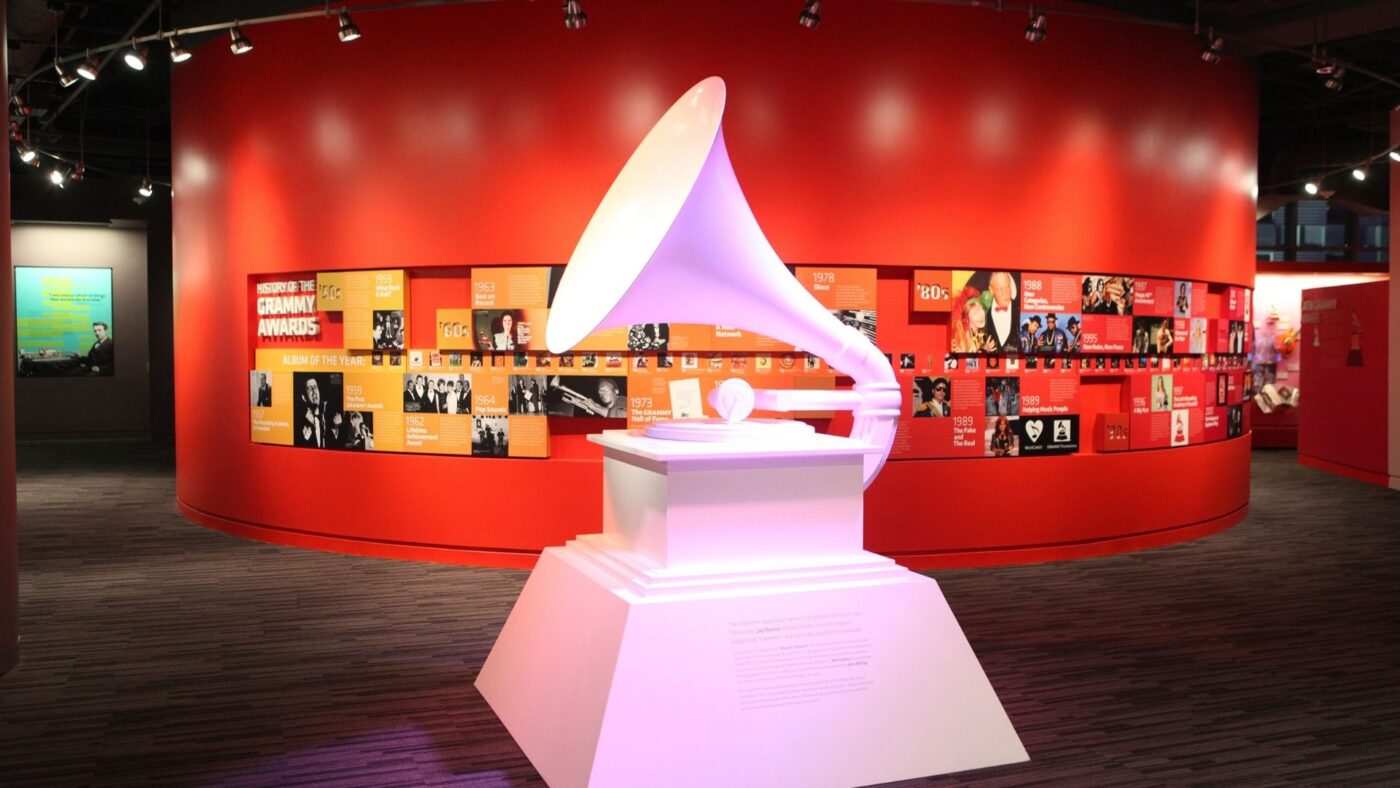 The gramophone, on the museum’s 3rd Floor Gallery, is the symbol of the museum, as well as the Grammy Awards. Photograph courtesy Grammy Museum

From Elvis Presley to Taylor Swift, Louis Armstrong to Jay-Z, American music icons have inspired billions of people worldwide through word and sound. It’s a powerful legacy, and one that the Grammy Museum in Los Angeles, California, aims to preserve for new generations of musicians and listeners alike.

The core of the museum’s mission is music education, he continues, “which we all know to be essential, especially since music is the one true international language.”

Founded in 2008, the museum is uniquely positioned to spread the unifying lessons, inspiration and history of music. This is due, in no small part, to being the official foundation of choice for the Recording Academy, an American organization that supports professional musicians and advocates for artist rights. It also hosts the annual Grammy Awards, which honor the best in music.

To achieve its goals, the Grammy Museum creates exhibits, programs and initiatives that are as diverse as the American music they celebrate. These include “Take Me Out to the Ball Game: Popular Music and the National Pastime,” a fascinating exhibit that examines the long relationship between baseball and popular music in American culture. Special items on display include sheet music from the iconic song “Take Me Out to the Ball Game,” handwritten lyric sheets from other baseball-themed classic songs, and historic guitars and microphones that played key roles in baseball-themed music.

Visitors to the museum can also see a unique photography exhibit that chronicles the famously controversial prison shows of singer and songwriter Johnny Cash. In the late 1960’s, he gave concerts for prisoners at two different jails, seeking to highlight the conditions that inmates faced at the time. Legendary music photographer Jim Marshall captured key moments before, during and after these performances. Several of his images on display at the museum have never before been publicly shown.

Many museum exhibits use not just historically significant objects and images, but also cutting-edge technological innovations to help visitors engage with the process of music-making. “Right now, I love our ‘Backstreet Boys: The Experience’ exhibition,” says Sticka, referring to the American pop group that became hugely popular in the late 1990’s. “It really allows us to expand on our technology offerings. For instance, we have a great hologram experience that allows visitors to sing, dance or pose with the band, and put themselves in a hologram that they can send to their phone and share with their friends.”

Although the museum honors widely loved artists like the Backstreet Boys, key to its mission is a commitment to embrace and celebrate all music; not just the most popular. “Being the Grammy Museum, we are cross-genre in such a way that allows us to teach our visitors about country, rock, jazz, hip-hop, pop and many other genres in an experiential way,” says Sticka.

The museum puts its principles into practice within its Los Angeles home and through off-site exhibits around the country and even across oceans. In April 2019, the museum announced a partnership with the Bengaluru-based Indian Music Experience (IME), India’s first interactive music museum. IME and the Grammy Museum will work together with over two dozen other affiliate institutions to co-curate exhibitions, facilitate academic exchanges and “explore new ways to keep music and the performing arts flourishing, both inside and outside the classroom, internationally,” says Sticka. “We put a lot of effort into expanding our relationships with organizations across the world. For IME in particular, I see great potential for traveling exhibitions celebrating all forms of music.”

At a local level, the Grammy Museum seeks to inspire via educational programs like Grammy Museum Summer Sessions, a summer camp that teaches students the art of songwriting, as well as the renowned Grammy Camp, “which is a week-long intensive program for students to learn about a career in the music industry,” says Sticka. “From both programs, our students emerge inspired and ready to make music!” He sees these efforts as just the beginning, and hopes to further expand the museum’s music education efforts in the coming years through additional innovative programs.