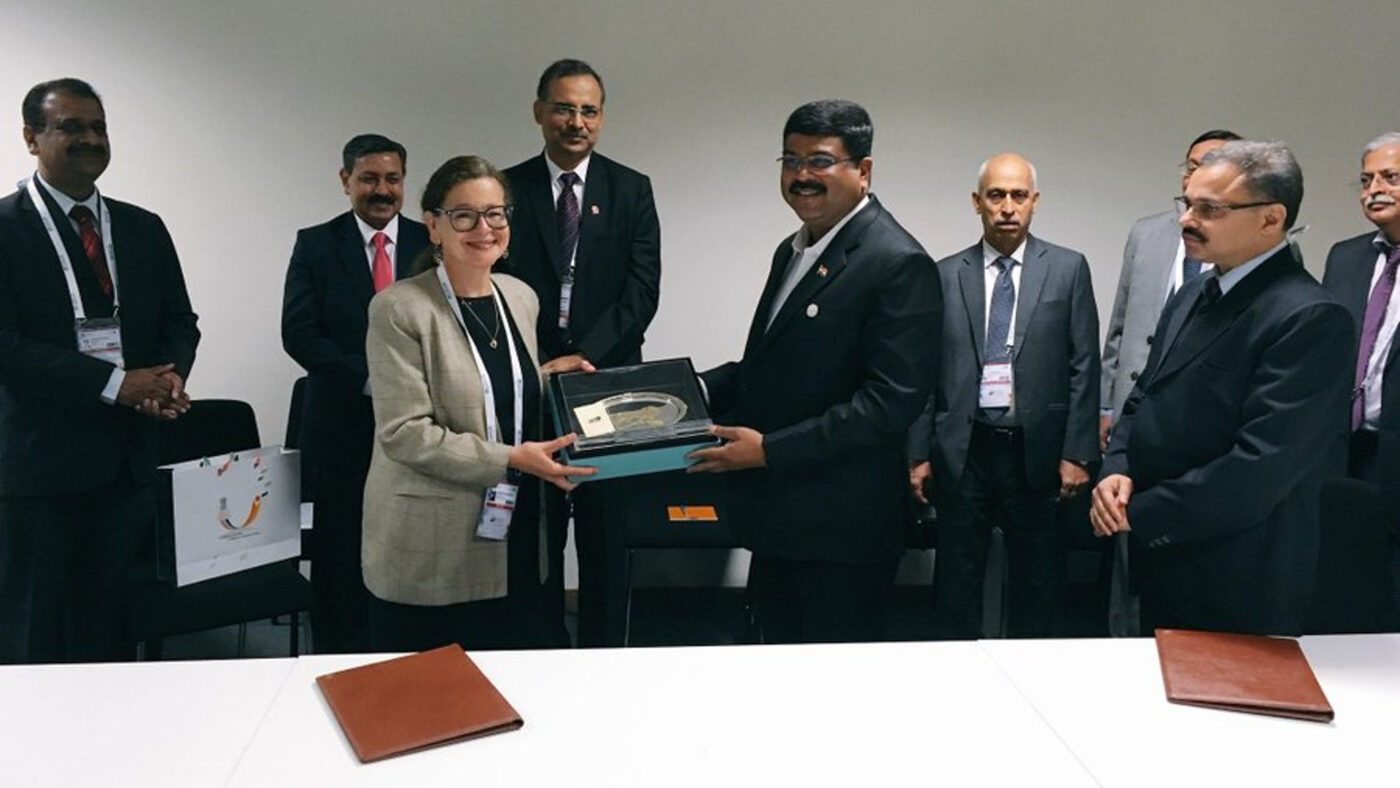 A 2021 report by the United Nations’ Intergovernmental Panel on Climate Change concludes that global efforts to reverse carbon dioxide and air pollution levels must begin immediately in order to stop devastating extreme weather and environmental crises.

One way to do this is through recycling carbon. Preeti Jain, director of business development and government relations at LanzaTech and a Fulbright-Nehru alumna, says the UN report affirmed “the importance of recycling carbon instead of continuing to extract and use fresh fossil resources. This means, without any question, that the world needs a circular carbon economy and a future when carbon is recycled as a precious resource and not just used as a mere commodity.”

LanzaTech, based in Illinois, with offices in India and China, is a pioneer in carbon recycling through gas fermentation technology. Through a series of public-private partnerships and government research grants, the company has researched how to use bacteria to convert pollution into useful products, says Jain. For example, ethanol can be generated from carbon monoxide. The process is similar to a brewery’s use of yeast.

“LanzaTech’s purpose is to create a circular and low-carbon economy, both for energy and material needs,” Jain says. Its technology “allows waste carbon conversion to low-carbon ethanol that can be blended into gasoline, allowing India to achieve objectives of energy security and greenhouse gas mitigation.”

In India, LanzaTech’s strategic investor and board member, IndianOil, is working with the company to create an off-gas to ethanol project at the IndianOil Panipat refinery. Sources can also include landfills, solid waste, organic industrial waste and agricultural waste. In an upcoming project in Europe, steel mill carbon emissions will be turned into ethanol.

LanzaTech’s alcohol-to-jet technology was demonstrated in 2018, when its product was used to power a Virgin Atlantic Boeing 747 jet from Florida to London, and plans are in place to bring such technologies to India.

LanzaTech’s products also end up in some unexpected, everyday places. It works with companies like Unilever, L’Oréal and COTY to produce packaging, perfumes, laundry detergent and household cleaners from its recycled carbon, Jain says, “allowing industry to truly embrace a circular economy.”

Technologies like LanzaTech’s as well as new and revised policies will be key to global efforts to reverse the climate crisis. Jain’s multifaceted role at LanzaTech puts her at the center of such efforts, which is ideal due to her passion for driving science-based policies. “Given the duality of this role, I also spearhead policy advocacy that will allow fast diffusion of transformational technologies for carbon capture and utilization,” she says.

Jain’s personal experience in the United States is now playing a role in LanzaTech’s success.  She started her career with IndianOil and her work there during India’s National Clean Air Programme and the National Auto Fuel Policy Committee served as a stepping stone toward her selection as a Fulbright fellow, she says. Jain was selected for the Fulbright-Nehru Environment Leadership Program for mid-level professionals, during which she worked on ambient air monitoring and source programs in Indian cities, at the Desert Research Institute in Nevada.

“Beyond boundless opportunities, unforgettable learning experiences and making friends for life,” she says, “the Fulbright experience shaped my view of the world and my later career choices, which have always connected with energy transition and climate change.”